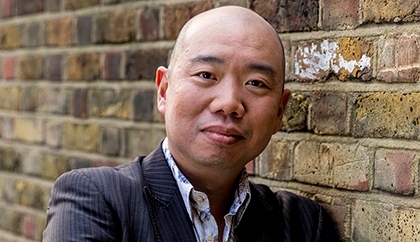 The BDA are delighted to welcome Dr Giles Yeo, Principal Research Associate at University of Cambridge Institute of Metabolic Science, as our new Honorary President. Dr Yeo takes up the role from our outgoing President, Lord Balfe, who steps down after four years of much appreciated service.

Dr Yeo is a geneticist studying the brain control of food intake and bodyweight, and author of the popular book Gene Eating. He is also well known for his appearances on TV programmes including Trust Me, I’m a Doctor and his influential BBC Horizon special Clean Eating – The Dirty Truth. Dr Yeo is current President of the British Society for Neuroendocrinology.

BDA Chief Executive Andy Burman said; “I am very pleased to have Dr Yeo joining us as Honorary President. He brings with him a huge amount of expertise and a fantastic track record of publicly debunking nutrition myths and diet fads. I, and the rest of the Association, look forward to working with him to raise the profile of dietetics and the importance of sound, evidence-based nutrition advice.

“I also want to extend my thanks to Lord Balfe for his support and advice during the past four years. We have greatly appreciated his political insight, and contributions to the growth and development of the Association.”

Speaking about his appointment, Dr Yeo said; “In today’s ‘post-truth’ world, many find the conviction and confidence of health gurus very attractive and easy to digest. The real danger is that what they say is nearly always half-right. It is how pseudoscience works. Real experts, such as dietitians, need to push back. If not, the discussion will be dominated by the beautifully and passionately uninformed, who build trust only to sell false cures. I look forward to helping the BDA get their voice heard.”

Lord Balfe steps down after serving as Honorary President of the Association since 2015. In that time, he has provided guidance to the BDA Council and raised a wide range of issues on our behalf in the House of Lords and directly with Ministers.

Lord Balfe said; “It has been a pleasure to serve as Honorary President, and to have helped grow the profile of dietitians and the BDA. I still strongly believe in the importance of emphasising the highly professional nature of dietitian’s work, and the key clinical role that they play. I will remain a supporter of the work of both the BDA and its thousands of dedicated members, and wish Dr Yeo every success as he takes up the role.”

The role of the Honorary President is to promote the dietetic profession and the BDA nationally, raising the Association’s profile in political and other arenas, and to help the BDA achieve its strategic aims. Past Presidents include eminent trade unionist Mary Turner MBE and Dame Barbara Clayton, Professor of Clinical Pathology at Great Ormond Street Hospital.